We are planning to build up a webpage giving details of the achievements of our former students. Please contact us through our alumni email: alumni@smithdonhigh.org.uk.

It would be fantastic if you are also able to forward this request to other people in your family who attended Smithdon or other people who you were at school with to share their experiences.

We will regularly feature former students on this page: look out for your friends and family!

We look forward to hearing from you, 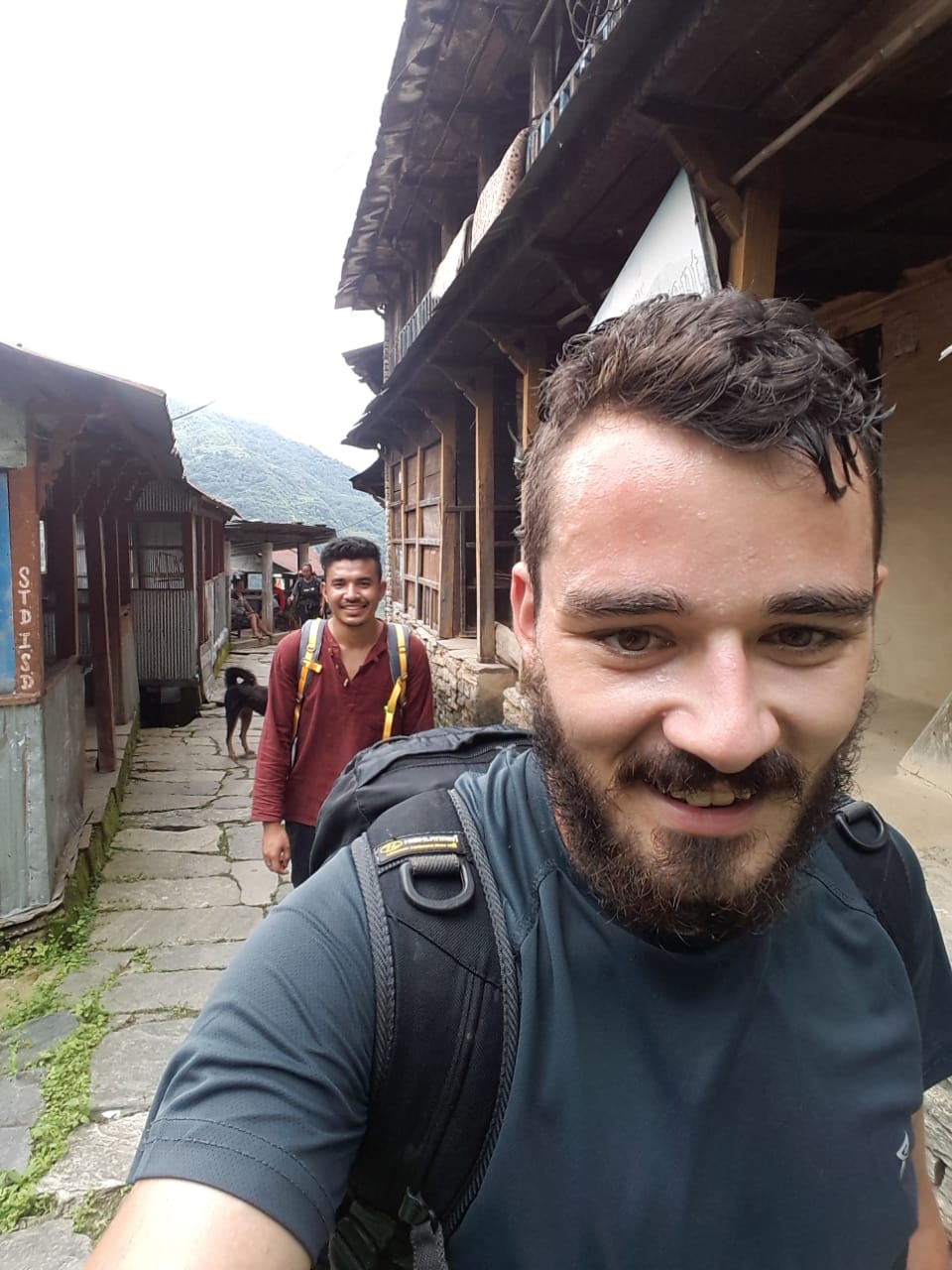 The staff team were outstanding, the quality of education excellent and the support networks fantastic; however, I didn’t really enjoy school. I have since had enduring determination to better myself, which has led me to travel all around the world in my career and achieve things I never thought possible.

I completed the first year of Sixth Form before moving to a level 3 BTEC in Uniformed Public Services at the College of West Anglia. I cannot recommend this course enough! Even to those not interested in serving in the armed forces. This course gave me self-confidence and mental and physical robustness and determination which spurred me on the path that eventually led me to join the British Army.

I went to the University of Worcester where I studied Outdoor Adventure Leadership & Management as well as gaining experience in Mountaineering, Climbing, Kayaking & Canoeing. It was also around this time I Joined the British Army, where I served with the BUOTC under the Royal Military Academy at Sandhurst. By half way through my second year I had achieved the rank of Platoon Sergeant and was responsible for training potential officers for combat duties around the world. I also completed the Pegasus Company pre-parachute selection course with the Parachute Regiment, and the Royal Marine Commando endurance course. I was later selected to represent the British Army in the Chimaltlali military skills competition in Mexico, where a team of UK soldiers competed against 30 other nations in a range of military operations and challenges. Later, I represented the Royal Military Academy at Sandhurst on the Cambrian Patrol military skills competition in Wales. I also qualified as a Combat Team Medic and travelled to several countries.

After three years with the British Army, my career shifted again to Humanitarian aid and charity work. In 2017,  I went to Tanzania in Sub-Saharan Africa where I worked as a team leader for a charity called Raleigh International on a Poverty Reduction and Livelihoods program. After three months in Africa I was promoted to Deputy Operations Manager, where I oversaw the training and development of over 2000 entrepreneurs and the establishment of over 326 new micro enterprises. Helping to raise local people out of poverty, I was then offered the same role in Raleigh’s office in Kathmandu in Nepal where I managed the agricultural livelihoods program. I was also lucky enough to go trekking in the Himalayas on several occasions; the most notable of which was a trek on Mt Annapurna (see photo, taken at just under 13,200ft), the tenth highest mountain in the world at 26,545ft. My time in the Himalayas also gave me one of my first tastes for ultra-marathon running when a friend and I summitted 30 Himalayan peaks in 5 days, all whilst providing support to Raleigh teams on the ground across the Ghorka region and narrowly escaping a leopard or two!

After this I returned to the UK where I continued my ultra-running, completing my longest run to date which was the best part of Hadrian’s Wall from West to East (approximately 122km) in just under 19 hours. I also studied a Master of Science in Education Leadership & Management at the University of East Anglia, whilst concurrently studying to become a qualified Personal Trainer. I graduated with a 1st class honours and gained distinction in my Personal Training cadre. I have since specialised in Cardiovascular Endurance training and have worked with many clients including one or two national level athletes. Following my graduation I was offered a job as Head of Conservation for the Bukit Lawang Trust, an environmental conservation & sustainable Human development charity based in the jungle in North Sumatra. Since starting there in 2019, I have been promoted twice, first to Programs Manager and then to my current role as Director of Operations. In this role I am responsible for providing strategic leadership for the Bukit Lawang Trusts operations, in accordance with their overarching global strategy. I take the lead on the design and development of new programs, partnerships and relationships as well as working to develop the Trusts Indonesia country strategy, whilst ensuring compliance with legal policy, process and standards. I am responsible for the quality, impact and safe delivery of the Bukit Lawang Trusts portfolio globally.

Looking forward, I shall be overseeing the establishment of education centres across South East Asia, Sub Saharan Africa & South America for the Trusts international arm, The Planet Earth Trust. Additionally I am currently in the early stages of writing a BTEC Level 3 curriculum in ‘Active Global Citizenship’ that I hope to deliver at my own education centre in the coming years. I am also training hard, to prepare myself mentally and physically for a circumnavigation of the globe, which I hope to begin on my 35th birthday.

I will say what I wish someone had said to me when I was in High School, in the hope that if even one student reads this and finds some value within these words, it was a worthwhile endeavour.

You don’t need A levels to get to University. You don’t need a degree to get a good job, and no matter how hard you work, or how well prepared you are, the very best plans fall apart at the first sign of trouble.

You can and often will, fail at doing things you don’t enjoy and don’t care about, so you might as well try doing what you love!

Study HARD. VERY HARD! You only get one shot at school. Make it count, because if you have to come back later you are paying for it.

Concurrent activity is your best friend. If you are only working on one thing you’re missing an opportunity. There are 24 hours in the day. You need 6 hours sleep and you are at school for 8. That gives you 10 hours to improve yourself. But don’t forget to have fun! Because without fun in your life what’s the point?

All through your life, people will tell you, “You can’t do that.” Or “it’s not possible.” Just remember. Everything is impossible until somebody does it. If you have dreams don’t let anyone tell you it can’t be done.